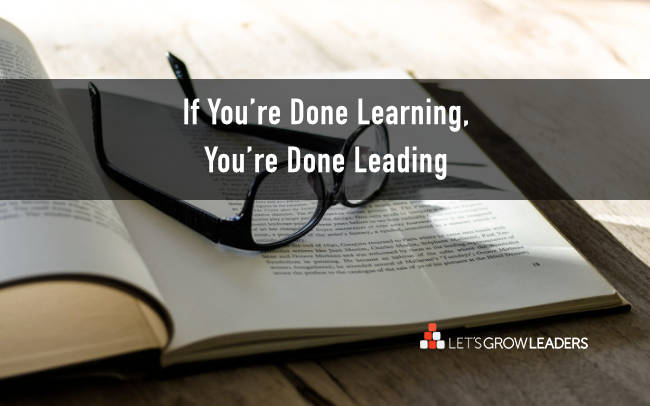 It’s no exaggeration to say that if you’re done learning, you’re done leading. The world changes. People grow. And your influence will grow too if you invest in your leadership growth. But that growth is a choice – and one that not every leader will make.

I recently spoke with a senior executive who surprised me with her vehemence. “At my level, you’ve either got the skills or you don’t. I don’t believe I can learn anything by asking my team esoteric questions about where I can improve.”

Wow. I left the conversation saddened for her–and for her team. Sad for her because she lived in a self-limited world where she couldn’t grow her influence. And sad for her team because she wasn’t open to the feedback they could offer. Everyone would suffer.

Another time, we were working with an organization’s managers and having them rate the leadership behavior where they felt the most need to improve. As the managers moved around the room and sorted themselves into groups based on their perceived needs, we asked the senior executive which behavior he would choose.

We looked up and 90% of the managers had clustered around “prioritizing what matters most.” We suggested that if 90% of his managers felt that was an issue for them, it might be an issue for him.

Both leaders shared a lack of humility and resistance to feedback. These characteristics will stunt their leadership if they don’t change. In contrast, many leaders we work with who achieve spectacular results and occupy top-tier positions have an insatiable appetite to learn, grow, and constantly ask for input that will help them improve.

I’m a big fan of coaching, feedback, and getting all the wisdom I can–from wherever I can find it. It’s no exaggeration to say that feedback saved my life – and I hadn’t asked for it.

During the summer before I started college, I worked at a gas station in a rougher part of town. Bullet-proof glass completely enclosed the cashier’s booth.

One week in July, it was my turn to work the graveyard shift. During the overnight shifts we were only supposed to exit the bullet-proof glass enclosure once all the customers left the store, and we had flipped a switch that locked the front door.

On my first overnight shift, I followed the procedures. But by the second night, I got sloppy. I waited until all the customers left the store (or so I thought) and left the enclosure to prepare hotdog buns.

Midway through my third bun, a scraggly man in stained coveralls surprised me, shoved his finger in my chest, and yelled at me. “Don’t you ever leave that glass without locking the door. My brother was shot and killed in a gas station just like this one! Don’t ever leave that glass.”

Then he turned around and walked out, got in his truck, and drove away.

He’d scared me, and I was angry. “I’m sorry about his brother, but who does he think he is?” I vented to the empty store. But he had scared me…and so the rest of the night, I locked the front door when I left the enclosure.

Two hours later I was wiping down counters when I heard someone rattling the front door, wanting to get inside. Assuming it was a customer, I went back into the enclosure, locked the door behind me, then flipped the switch to let the customer into the store. But when I looked up, there was no one at the door. I supposed they got impatient and left.

Just then, three police cars pulled into the lot and turned their spotlights on the dumpster beside the station.

They’d been chasing a man who’d committed armed robbery half a mile down the road. A man who, as he fled the police, had come upon a 24-hour gas station with a kid in the lobby whose back was turned to the doors.

Doors that, until 2 hours earlier, had been unlocked.

The next morning as I pedaled my bike home, I trembled. I’d realized what my arrogance could have cost me. At the very least, that scraggly man had kept me from being held hostage by an armed robber. It’s very possible he saved my life.

And that’s just one moment of feedback. There are countless more times where feedback has made me a better leader, a better father, and a better husband.

So yeah, I’m a fan of feedback. 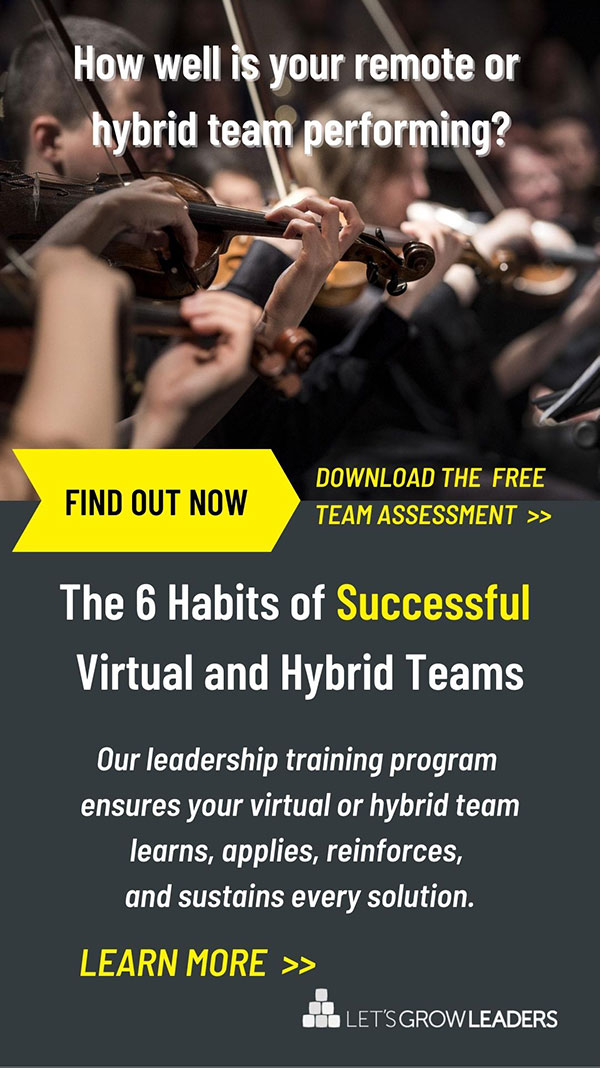 Invest in Your Leadership Growth

The great thing about feedback is that you don’t have to wait for someone to surprise you with it in the middle of the night. Effective leaders stay coachable and invest in their leadership growth by asking for insights that will help their growth.

One of the easiest ways to get meaningful feedback is with a Do-It-Yourself 360 Listening Tour. Choose a focused topic like running a more productive meeting, efficient communication, or helping your team be productive.

Now, write two questions. One that focuses on strength and one that looks at your opportunities. For example:
1) What’s the one most effective part of our team meetings?
2) If you had one recommendation for me to run a more effective meeting, what would that be?

Next, choose a diverse group of people to ask these questions. Choose people who you know to have different perspectives from one another (not just your fans, favorites, or foes).

REAP the Benefit of Feedback

Feedback is a gift and to reap the full benefit of its value, follow these steps. Click here to download a PDF of this leadership growth tool. 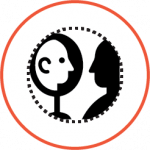 As you listen, acknowledge the emotions you’re picking up from the other person. Reflect to connect and ensure that you’ve seen them. For example: “Sounds like you’re frustrated by the…” or “I’m hearing that you really appreciate it when we…”

When you ask for feedback, listen to understand what you’re hearing (not to respond immediately). Check for understanding and ask clarifying questions to verify that you’re clear about their suggestions. At this stage, more conversation might be appropriate, but avoid the temptation to become defensive or try to change their mind. If you do, you’re sending the message that you weren’t really interested in their feedback. 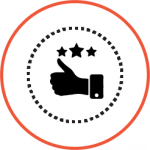 As you conclude the conversation, thank the other person for taking the time and thinking about how you can be more effective. You’re not saying you agree with everything they offered. You’re affirming that they gave you something to work with.

As you ask for feedback, let people know your next steps and how you’ll use their feedback. For example, “I’m asking several people these questions. I’m going to summarize everything I learn and choose one habit to cultivate over the next month. I’ll get back with you and everyone else about what I learned at our meeting on the 30th.” 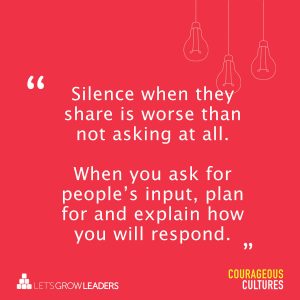 Asking for feedback and responding to what you learn helps you grow. It will help you address blind spots and opportunities you might have missed as the world changes. Moreover, you’re building a culture of growth. When you ask and people can see you actively invest in your development, it makes it safe for them to do the same.

I’d love to hear from you: what is one of the best ways you’ve seen a leader invest in their leadership growth?

You Might Be Interested In:
• Staying Coachable with Sean Glaze (podcast)
• 7 Reasons Your Feedback is Being Ignored
• How to Show You’re a High-Potential Leader (Before You’ve Led a Team) 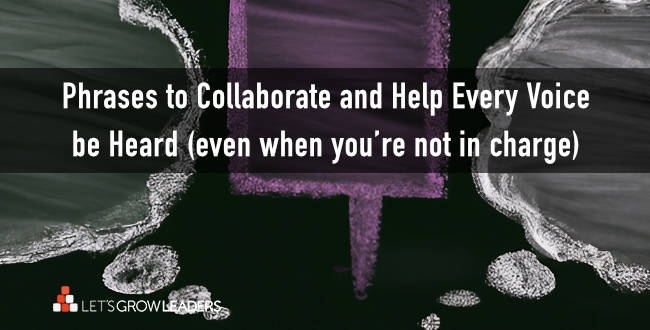 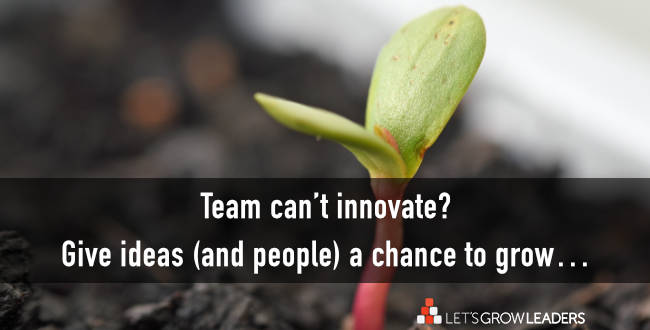 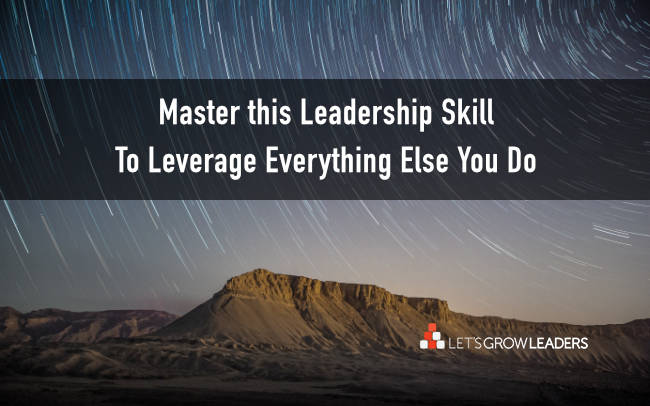