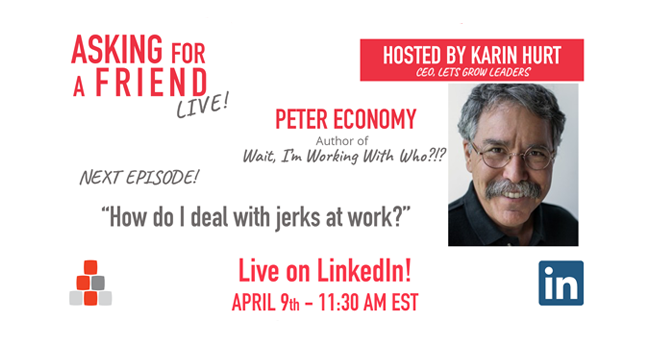 Strategies For Dealing With the Most Difficult Co-Workers

Today on Asking For a Friend, I interview Peter Economy, the Inc. Leadership Guy on how to deal with a jerk at work.

Peter and I are kindred spirits and have been passionately connected on this topic of dealing with jerks at work for some time.

Here’s a very early Inc. interview on being a jerk at work, after my very first book on Overcoming an Imperfect Boss came out in 2014.

How Do I Deal With a Jerk at Work? (Highlights) 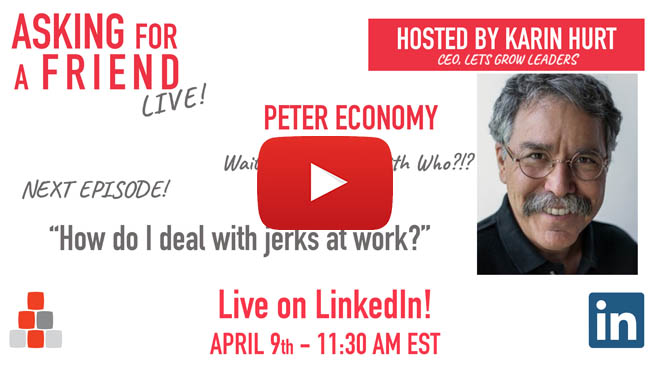 Q- In your book, “Wait I’m Working With Who?” You talk about 16 kinds of jerks at work and how to work with them more effectively.

What’s one of your favorite jerks at work to contend with?

Peter Economy (2:10) On Dealing With a Credit Thief

You know, I, I listed 16 in the book and there’s probably even more than that. It’s just amazing how many different ways people can be toxic, and I mean nasty, that kind of thing.

So  I think really the one we probably most resonate with is the credit thief.

Let’s say you’re on a team that was supposed to accomplish something. And the team worked really well together. Maybe there were five of you, you’re all working great together. 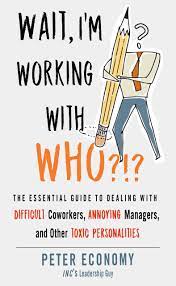 And then there’s somebody who kind of jumps up as the team leader and they end up taking all the credit, you know, they’re in the staff meeting with your boss and maybe your boss’s boss,  and they’re the one who jumps up and says, “I got this great thing done, and I did all this and I did all that.”

And all of a sudden there, they’ve got the shine, the spotlight shining on them. And so that’s pretty typical. I mean, that kind of person, and it could be a coworker, it could be a teammate or it could be your boss.

I’ve seen that a lot too, obviously—a boss who takes all the credit and doesn’t acknowledge the fact that the people who work for them actually got the work done. That’s a big one for sure.

And, you know, what’s interesting in our courageous cultures research that we just finished the most surprising fact was when we asked people “Why, if you had a really great idea to improve the customer experience or productivity process, why would you hold it back?” 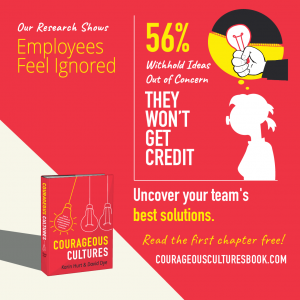 56% said the reason they would not share an idea like that is that they wouldn’t receive credit.

They do passive-aggressive and you’re like, ah, maybe I could play that too. So what unpack that a little bit for us.

They’re playing a game on you. They’re hoping to get a response. It’s sorta like, you know, pushing a button on a video game. If I push the button hard enough and often enough, maybe I’ll get something to happen and this is what they want to do.

They want to get you to play their game and, and get a reaction.  And they enjoy that. They actually get some pleasure out of that. So, you know, first of all, you got to figure out, um, that you’re being played. I mean, you got to step back and say, “Hey, you know, I think I’m being played by this person.”

Wait, What If My Boss is the Jerk?

A few years ago, I taught a night MBA class at the University of MD called Dealing with Difficult People. One of the assignments was to work on your relationship with one particularly difficult person at work.

Over 90% of the class chose their boss. So what do you do if your boss is the jerk at work? 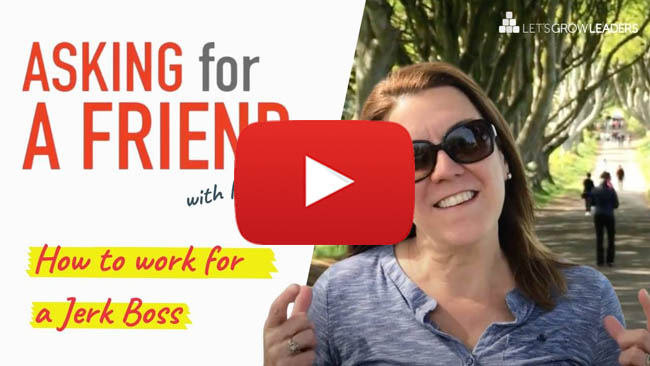 See Also: 5 Reasons Not to Be a Jerk When an Employee Resigns

and 3 Consequences of Promoting the Smart, Successful Jerk 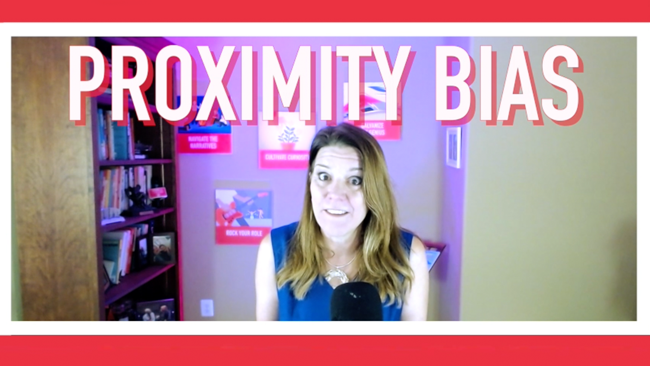