Begin With An Open Mind

It’s hard to argue with Stephen Covey’s 2nd habit “begin with the end in mind.” Wise wisdom. But. Heads down, full steam ahead comes with risks.

Last week I met Sir Captain Don Stewart on our vacation to Bonaire, in the Dutch Caribbean.

BUT before all that Don.

Captain Don began with an open mind. One thing led to another. His passion emerged. He shared that he was encouraged by a hollywood friend to, “live his script.”

Begin with an Open Mind 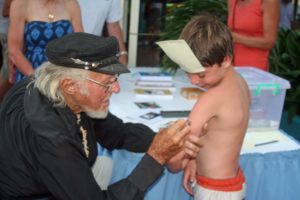 Don’t get stopped by…