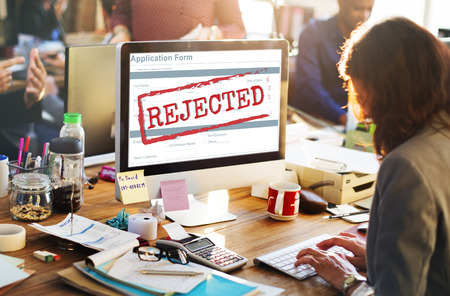 You know your boss is headed into the talent review meeting. You’ve updated your resume, had the heart-to-heart, and said your prayers. And then… the response, “It went fine… just keep up the good work… oh, and be patient.” And you wonder what this performance potential matrix thing is all about.

If that’s ever happened to you, it’s probably because of a “What happens in Vegas stays in Vegas” type oath amongst the execs having the conversation. And rightfully so, the most important part of any talent review conversation is candor.

And no exec wants to tick off a hi-potential by being the naysayer–even when it’s true.

Because you never know who you will work for next.

But as the holder of the marker in these performance potential discussions, leading hundreds of succession planning conversations inside Verizon and with many clients since then… I’ll tell you right now, yes– candor is key– and so is feedback.

I will also share that every single time someone in my organization asked where they fell on the performance potential matrix, I told them where they were viewed and why. Not who said what, of course.

But the only fighting chance someone has to get better is to know how they’re being perceived. Candor is rare. And valuable.

When I lead these performance potential matrix discussions, I don’t accept “There’s just something about her style.” Or “He’s just not that strategic.” Such generalities are BS. And so we drill further.

When we get to the real issue, there are 5 issues that come up again and again. So if you’re not where you want to be on the performance potential grid, or you’ve been sitting in a square… “ready now” but getting passed over, again and again, consider if you fall into any of these behavioral traps.

1. Your Performance is Sketchy

The performance part of the talent review is pretty clear-cut. If you’re not knocking it out of the park, no matter how brilliant or talented you are… results matter. If you’ve taken over a bad scene that’s not your fault, even better… fix it.That will be great fodder for the next performance-potential discussion.

2. You’re Always Talking About Your Career

If you have 37 mentors, and are seeking advice from everyone with a title who will listen… chill out. In my keynotes, I call that woman “Carol Career Path,” who’s more focused on the job she wants, than the job she has. “Carol” always gets laughter and many “I know this woman (or man)” nods. Carol is everywhere. Don’t be Carol.

3. You’re the Loudest One in the Room

Either literally or metaphorically. Either way it drives folks crazy. Meetings take twice as long when you’re in town. If you find that you’re doing most of the talking, instead of wondering why everyone else is so quiet, try changing half of your sentences to questions, and then be quiet. Really listen. High-potential leaders get others talking.

This one’s tricky, particularly in a stack-ranked world. And, I’m quite sure it kept me out of box 9 early in my career. It took me a minute to understand that peers are your lifeline. Yes, your team’s performance matters. Yes, yes, you’re more likely to get into box 9 if you’re sitting at the top of the stack rank. But keep the bigger picture in mind. The company needs EVERYONE knocking it out of the park. High potential leaders look around and see who else they can help get the results they need.

Yes, rude. It comes up in nearly every discussion. Some rock star thinks they’re above the need to treat people with dignity and respect. To say “good morning” and “please” and “thank you.” If there’s any chance you’re treating your boss with more manners than you are your assistant, you may need some more work in this arena.

You’re working too hard and care too much to sabotage your career with these behaviors. If you’re not where you want to be in your career, I encourage you to ask those you trust for candid feedback about what might be getting in the way.