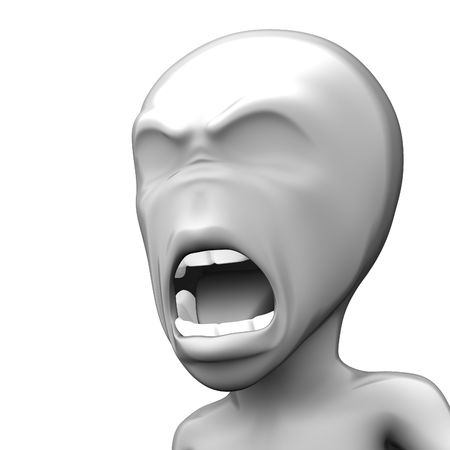 He was the poster-child for passive aggressive (at least that’s my side of the story). In an effort to keep the peace, I’d tried to shake it off. I’d kept my mouth shut, and encouraged my team to take the “high road.”.But the high road was getting bumpier with time.

I realized I needed to take a bit of my own advice; but frankly, I was worried about the political ramifications.

And then the best kind of truth-telling realization. What kind of role model am I if I advocate for ditching the diaper genie, only when it feels safe? I had to address the scene.

I had to address the scene.

I confronted Mr. Passive Aggressive. I shared my concern about the tenor of his emails, the endless digging for problems, the data sent over my head without a chance to review… Calmly, carefully, but truthfully. And held my breath. My truth.

We connected and he responded. Of course, he didn’t MEAN to come across that way, after all, he’s just trying to help. We’re all in this together. His truth.

There was my window: “I would LOVE your help…THIS is what would be most helpful”. We spent over an hour discussing our common concerns and joint goals. We got specific on what matters most and how we could help one another. Our truth.

Then he shared with surprising candor, “But I have to say. I can’t change the way I communicate. My emails are not intended to be aggressive, I just get really fired up. This is how I communicate with everyone.” His truth.

I responded, “Thank you for letting me know so I’ll be prepared. Here’s what I can assure you, I will never send you an email with that tone.” My truth.

You guessed it. The tone has improved. All the other support we discussed is playing out. The business is better off. We’re both in a better place.

When we respond by being passive, we quietly encourage continued aggression.

6 Ways to Deal with Passive Aggressive Behavior at Work

Ditch the Diaper Genie– I’ll never know if he was really “just trying to help” or if there was an ulterior motive. I’ve decided that just doesn’t matter. When your gut tells you somethings wrong, something’s wrong, even if it’s just a miscommunication. Truth speaking encourages a truthful response, even if it’s not something we want to hear.  Better to get it all out in the open.

Listen to Understand- Somethings going on underneath that wacky behavior. Do your best to understand the person and their scene. Get to know them as a fellow human being. Give them the benefit of the doubt that they’re doing the best they can.

Take the High Road – Taking the high road has nothing to do with rolling over or shutting down. It’s about not emulating the passive aggressive behavior. Resist the urge the fight fire with fire, or take the offensive. Stay true to your leadership values and role model what must be done.

Stay Calm – Responding in an emotional way will only bring on the passive response, leaving you looking like (and feeling like) the fool. Nothing’s more intimidating to someone trying to manipulate you then a calm, clear-headed, overview of the situation.

Be Specific – Avoid speaking in general terms. Track specific behaviors that feel wrong to have as examples as needed. It’s hard to argue with the facts

Ask For What You Need – It’s hard for someone to work against you after they’ve agreed to help you.  Resist the urge for lofty platitudes like “I really need your help.” Or, “I need your commitment to work as a team.” Instead said, I could really use your help with addressing X issue at the meeting on Tuesday.

Strong leaders stand up to passive aggressive behavior, model healthy communication–for you and for your team. 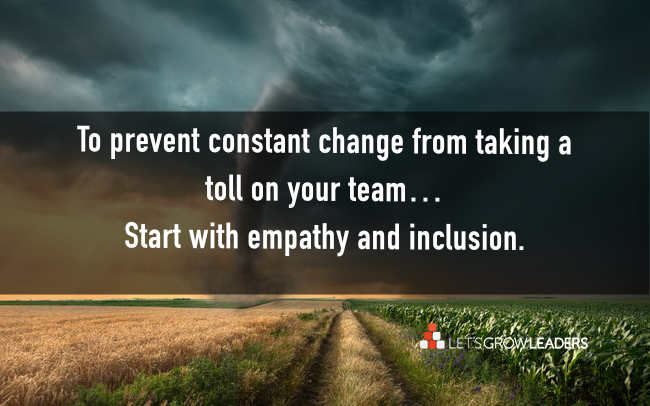