Psychological Safety in the Workplace:
Why people don’t speak up at work.

As we worked with our clients across a variety of industries all over the world, we noticed a consistent pattern as it relates to psychological safety in the workplace.

At the most senior levels of organizations and we would hear things like:

But then we would deliver leadership training with middle managers and frontline team leaders and we would hear these reasons why people weren’t comfortable speaking up or sharing their opinions at work:

And we thought, “are you working for the same company?”

Employees have ideas. Most leaders really do want to hear them, and yet somehow there was a disconnect.

Before you dive into this reflective article, download our I.D.E.A. Incubator Guide. This is your free guide to a power-packed team innovation session that will mobilize courage and increase team engagement. 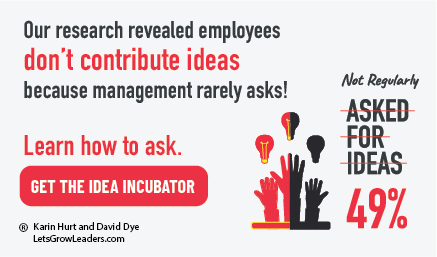 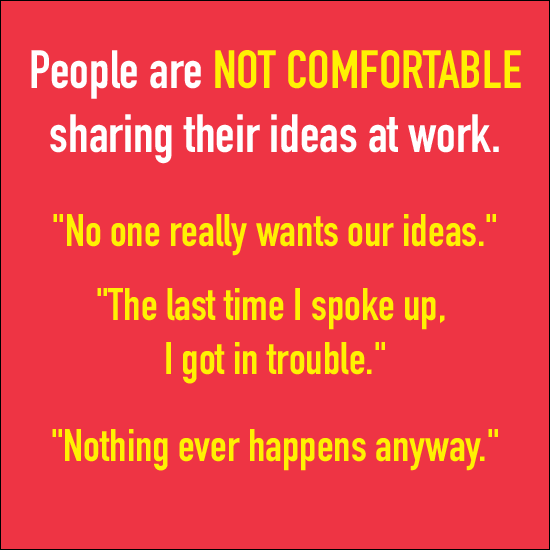 Psychological Safety: Why People Don’t Speak Up According to the Research

So we partnered with the University of North Colorado Social Research Lab on an extensive research study to understand (1) what kinds of ideas employees were holding back (2) why people don’t speak up at work, and (3) in companies where people do speak up, what are the best leadership practices that make it possible?

When Employees Don’t Speak Up at Work: The Tragedy of Lost Team Innovation and Productivity

The ideas people told us they were holding back when they didn’t speak up at work were not trivial. Nothing like kombucha in the break room or virtual taco Tuesdays. 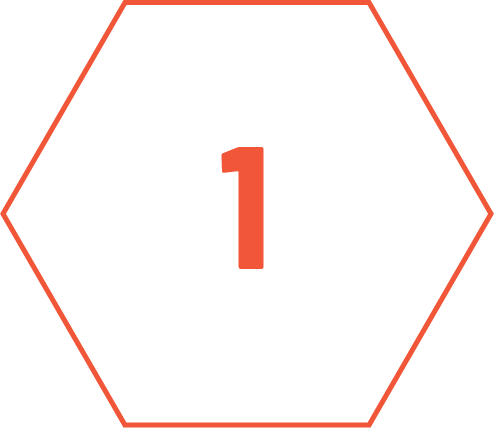 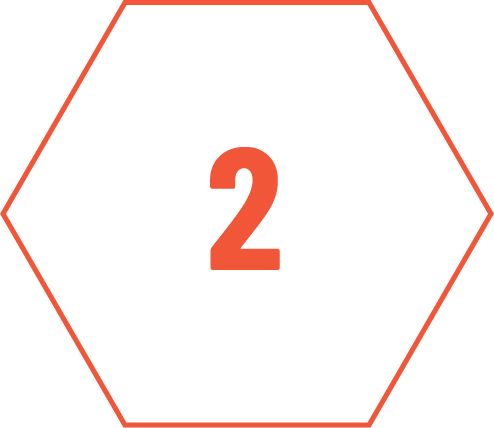 Productivity in a Process 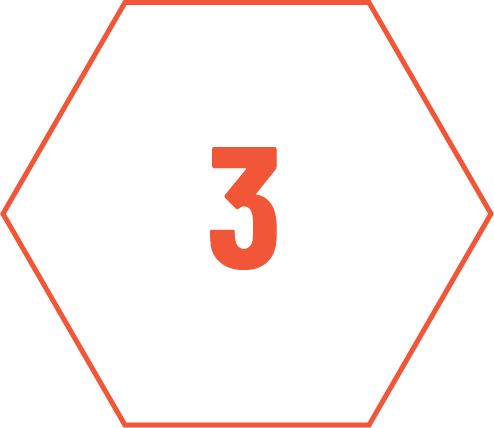 Psychological Safety: Why People Don’t Speak Up at Work

We found five reasons that people don’t speak up to contribute solutions, suggest micro-innovations, or advocate for customers: 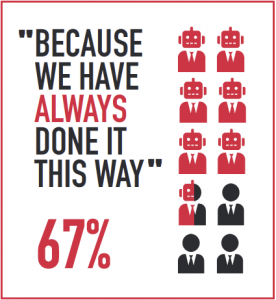 Executives, managers, and employees described what happened when they approached their boss with a great idea and an executable plan to improve the business. In many cases, their boss agreed their concept would work and was doable, but then they were told to go back and do things “the old way.” Forty-one percentof survey respondents said leadership doesn’t value innovation, and 67 percent said leadership operates on the notion that “this is how we’ve always done it.”

If employees don’t think you really want their ideas, they won’t bother to speak up and offer them. Your best thinkers are still thinking, but not about your business. They’re starting a side gig, getting proficient at their hobby, or figuring out their next move. 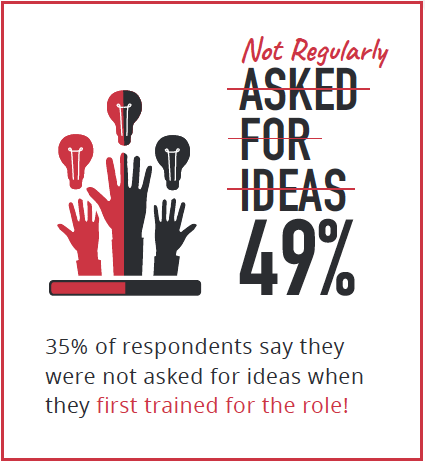 We heard from many managers who acknowledged that front-line employee micro-innovations and customer service enhancements are vital for success, but they lack any regular way to ask for ideas.

You might think you’re asking for ideas because you have an open-door policy or your company has a sophisticated suggestion system. But that’s not enough for most employees to feel a genuine invitation to speak up and contribute. Asking well requires a regular cadence of asking for specific insights and ideas. 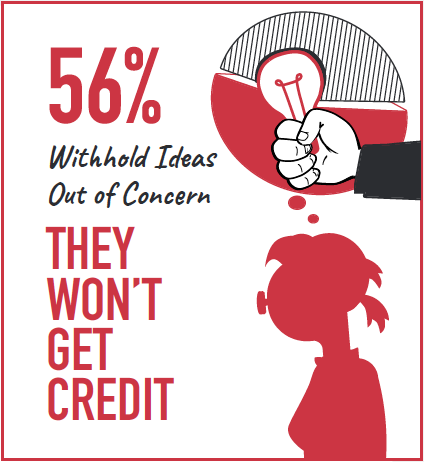 Forty percent of respondents said they don’t feel confident sharing their ideas. That’s not surprising considering how often managers (not just frontline employees) said they were told to keep their heads down and just do their work:

It’s far easier to default to safe silence, and people remember the stressful times more than the time they spoke up and someone heard their idea. There is a wide range of reasons why employees lose confidence, from toxic management behaviors to insecurities they bring with them from home. You need to understand what’s crushing people’s courage and work to eliminate the real and imagined barriers preventing the humans on your team from contributing their best thinking. 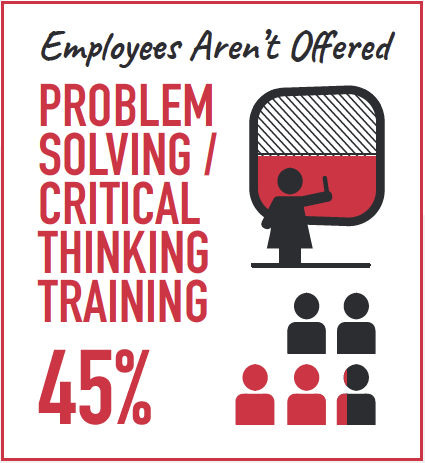 Often, employees simply don’t know how to speak up in a way others can hear. “In hindsight, I really hadn’t done all the research.” “I think I came into my new role a bit too gung-ho. I had so many ideas—I think they thought I was cocky and critical.”

Interestingly, 45 percent said there’s currently no training available at their organization for problem-solving and critical thinking.

Even if you hire experienced managers, chances are they haven’t been trained to think critically, solve complex problems, or encourage their teams to micro-innovate and solve problems.

And these skills are not intuitive for most people. If you want people to proactively identify and solve problems or find more innovative solutions, you’ve got to train them. If you want people to advocate for the customer, you need to give them the skills to know how to do that well from a balanced business perspective and give them parameters to help guide their decision-making. 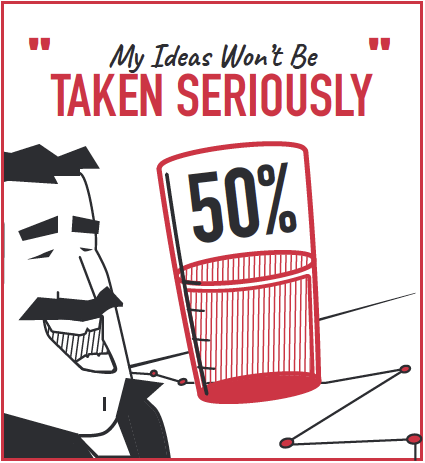 5. People think nothing will happen

One of the most significant issues, even in some of the highest performing organizations, is that people believe leaders will ignore their ideas. We heard from many managers who echoed this financial services executive:

“People bring up something once or twice. If it isn’t acknowledged then we’ll invariably come across an issue that’s been out there for a while. We’ll say ‘Oh my gosh, why didn’t we see this?’ And we’ll hear back, ‘Oh, we did see it, but we told so-and-so and he didn’t do anything with it.'”

Fifty percent of the employees we surveyed said they believe that if they share an idea, it won’t be taken seriously. And the number one reason people said they would keep a micro-innovation to themselves (56 percent) is a concern that they would not get credit for their idea.

You may ask for ideas and even do something with them, but if there’s no feedback loop, employees will assume nothing is happening. And no one wants to make contributions that aren’t recognized or valued. It’s human nature to stop trying and redirect energy where you believe it will do some good. Our research is filled with examples of smart, creative people, even at the executive level, who made deliberate decisions to stop bringing new ideas because they felt it was a waste of time.

What Is Psychological Safety (And What Does It Mean To Be Courageous)?

In addition to our quantitative research, we’ve consistently asked executives, managers, and frontline employees in every Courageous Cultures program we deliver: What’s the most courageous act you ever did at work? We have asked this question of participants from Africa, Europe, the Middle East, Asia, and the United States. The answers are remarkably consistent.

Employees Shared How They:

Most of these stories are not Courage with a capital C—the front-page news stories of speaking up at work through whistle-blowing and confronting massive ethical breeches with career-threatening consequences. They are stories of courage with a lowercase c—choices to take a small uncomfortable risk for the good of the business, team, or customer.

When we asked, “How did this courageous act of speaking up at work make you feel?”

Small acts of courage compound to build innovation, problem-solving, and superior customer experience at a massive level. That’s the power of a Courageous Culture.

Does your company need a Courageous Culture – with higher engagement and a results-oriented approach to innovation? Where your employees speak up, share their ideas and drive quality performance and productivity? 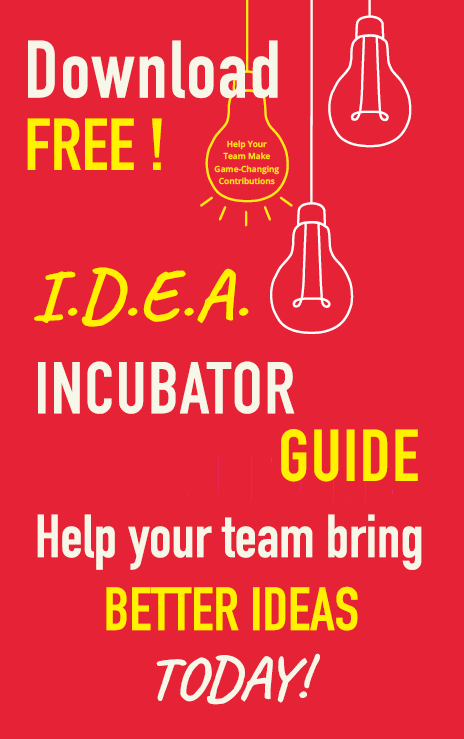 In our book, Courageous Cultures: How to Build Teams of Micro-Innovators, Problem Solvers and Customer Advocates, we offer a practical seven-step process to encourage people to speak up, share their ideas, and innovate for a better customer experience. 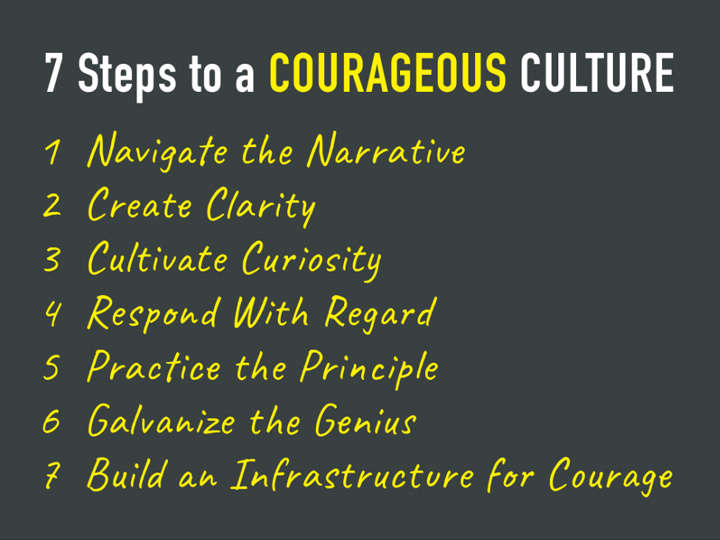 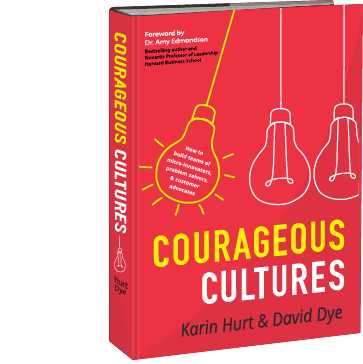 You can download a FREE chapter of the book here, along with the foreword by Dr. Amy Edmondson, Novartis Professor of Leadership Harvard Business School. 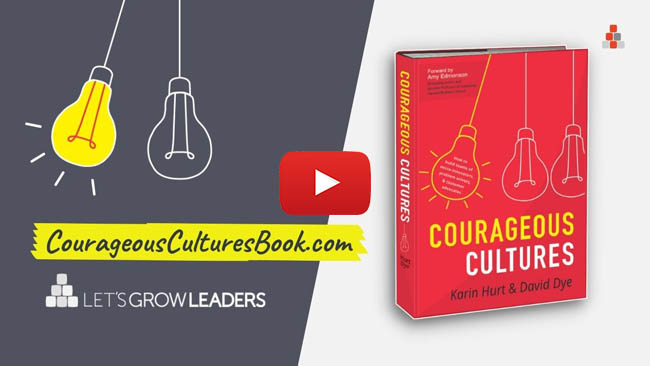 Creating Psychological Safety in the Workplace: Interviews with Karin Hurt and David Dye

CNBC Feature: Stop Asking “How Can We Improve?” Research Says the Best CEOs Do These Things When Asking For Feedback

Check Out These Other Topics 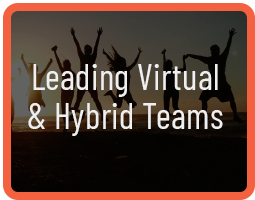 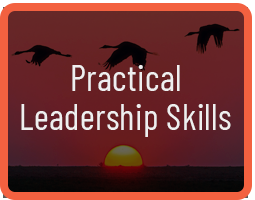 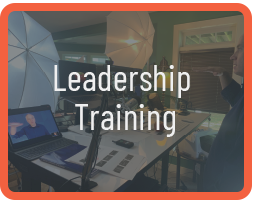