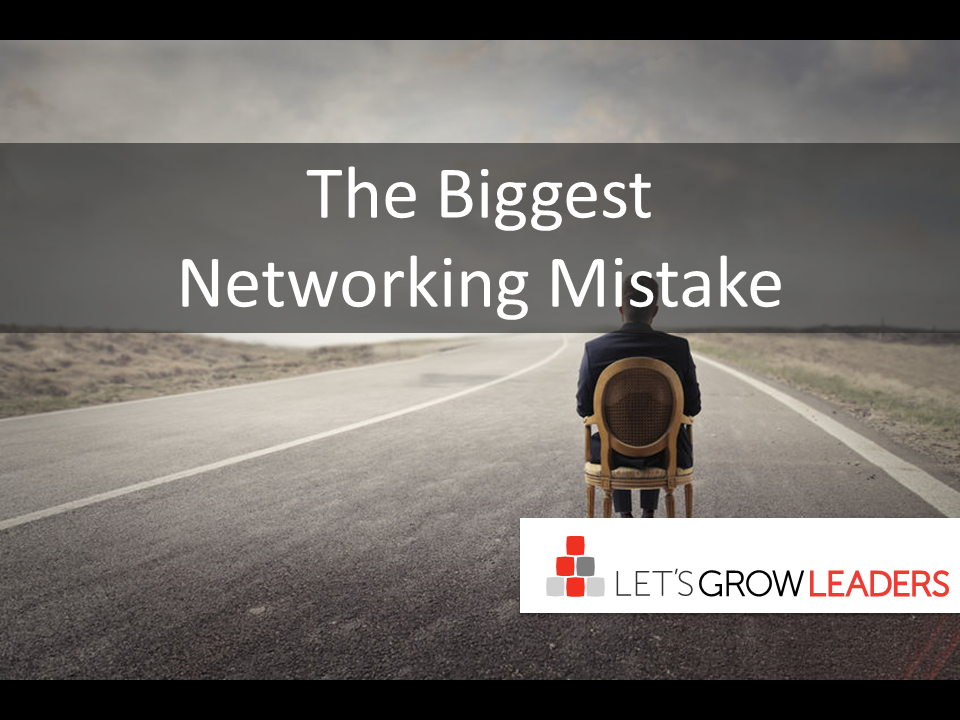 Sarah (not her real name) had just received a kick-in-the-gut career wake up call—the kind we all pray never happens. She had 60-days to find something new. Perhaps it was her fault, perhaps not. These situations are prickly. The grapevine was buzzing with rumors when what she needed was connections. But had she done the right networking?

“Do you want me to take a look at your LinkedIn profile?” I offered. I didn’t want to overstep my bounds but also felt compassion for an old colleague. Silence. “I don’t have one,” she admitted.

Not wanting to discourage, I tried another angle. “What professional contacts do you have outside the company?”

More silence. She had invested long and deep in her networking at work. She had mentors and sponsors, but such networks are tightly woven and can unravel 27 times faster than they took to build.

Sarah was suffering from the networking mistake I see repeated over and over again across generations and industries: waiting to build a network until you “need it.”

There’s power in building your network without intention.

The Power of “Just Because” Networking

The most powerful networking tool is quite simple. Just show up and genuinely help everyone you can in as many circles as possible. Not because they can help you now, or even someday, but because you’re a human being and you have something to offer another human being. That’s it.

Call it karma, call it common sense. It works.

None of these relationships were started because I thought they could help me someday. On the surface, all of these loose ties had less “position” power than me.

As it turns out, two of the three will lead to cool opportunities that have the magical feeling of “falling from the sky.” The third was from an executive recruiter with an enormous offer that would have been highly attractive had I not just quit my day job to pursue my dream.

She had heard about me because good people know good people. I hadn’t talked to that good person who mentioned my name for years, and what I had done for her was very small. Guess who I referred that recruiter to? Yup, a good person who helps others just because. 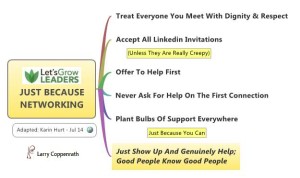 Tips For Just Because Networking

Thanks to LGL community member Larry Coppenrath for creating the visual of today’s post.