How To Lead With Guts (and Have Their Backs)

by Karin Hurt | Aug 27, 2014 | Authenticity & Transparency, By Karin Hurt, Career & Learning, Communication | being a gutsy leader how to back-up your team how to show your team you have their backs

More than anything, your team wants to know you have their backs. They want to know they matter–to you–not just to the company. They want to believe you’d walk through fire for them and to take the proverbial bullet coming from above.  Of course you would, but do they know it?

A Short Story on Having Guts and Backs

We all cringed when this particular leader, let’s call him “Simon,” would walk into the store and start interacting with customers. After all, we had strict guidelines about what we could and could not do. Retail is always a balancing act of providing great customer service and not giving away the store.

He’d get to chatting with a customer and right in front the employees who were on performance plans for too much discounting, would do something over the top to delight a customer. On the surface, a noble gesture. It sends a true message that customers come first, a deeply seeded value for all.

But the truth is that guy’s story was the same as ten others who just walked through the door that day, and consistency is key. If we should do THAT each time, the training and metrics must change. Everyone wished they had the same latitude to help that customer. We coached the leader on the downstream impact, but didn’t notice a change. It became harder to talk about balanced scorecards.

5 Ways Your Team Knows You Have Their Backs

1. Live By the Same Standards

Your team wants to know you hold yourself to the same standards you expect of them. They want consistent parameters to guide their decisions, and to know that you will have their back when they follow them. Follow the same rules you ask of them. If you make exceptions, allow such exceptions to become the norm.

Joe screwed up. But Joe’s a good guy. And quite frankly, you should have been paying closer attention. It’s easy to blame Joe. Take the hit. Joe and everyone else will respect you.

3. Put Your Team Ahead of Your Boss Every Now and Then

Your bosses’ calls always appear urgent. Sometimes they are, sometimes it can wait. If you’re in the middle of a meeting with your team, or an important one-on-one, tell your boss what you’re up to and ask if it’s urgent or can wait a few minutes. Deep respect all around will likely follow.

Face it, stuff rolling down-hill almost always feels like a fire drill. Be the buffer. Know what really matters and nail it. Be the best at what matters most, and you win some cushion to be a bit slower on the noise. In the meantime, your team gets that you get it, and will work even harder on what matters most.

Nothing makes me sadder than watching managers who believe in a cause or a guy completely reverse their point of view when someone above has a different opinion. The truth is, those perceptions are often based on one or two limited encounters. If you believe in something or someone and the jury’s still out, look for ways to reverse the findings. Don’t go along and destroy the vision or someone’s career to protect your own. Teams will follow a leader who has their backs. Every time. Be THAT guy and your career will follow. 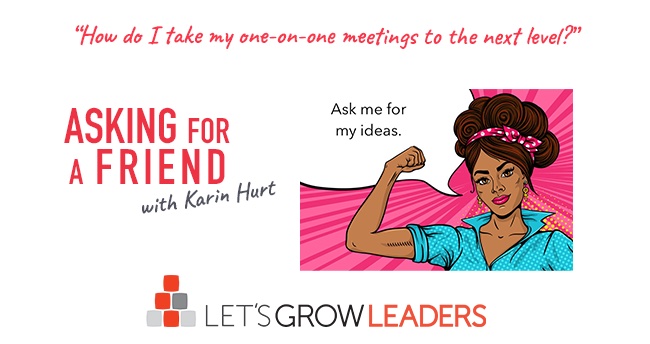