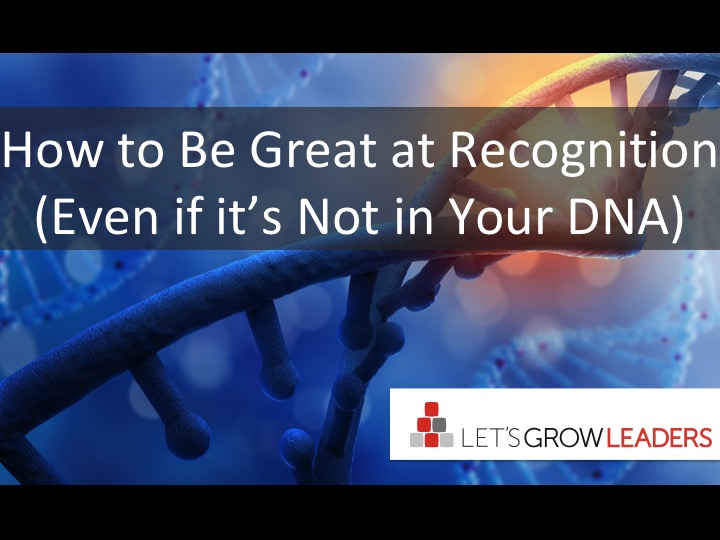 We had just finished talking about ways to be great at recognition as part of a Winning Well leadership development program with a fast-growing company.  One of the senior leaders, “Joe” who happened to be sitting in on the session so he could reinforce the learning, took me aside:

“That ‘be great at recognition’ gene,” he sighed.

I’m listening to what my people are saying here today, and clearly, they aren’t getting enough recognition from me. But, I’ll be honest. It just doesn’t come naturally for me. I guess I’m just old school. I mean, when I was growing up in this business, no one talked about recognition. You just did your job the very best you could. Making a great product, growing the business, and delighting clients was its own reward. I’d like to get better, but it’s hard.

If you’ve ever felt like Joe, you’re in good company. We hear this from senior leaders we work with quite frequently. Here’s what we’ve seen work best to compensate for that “missing gene.” 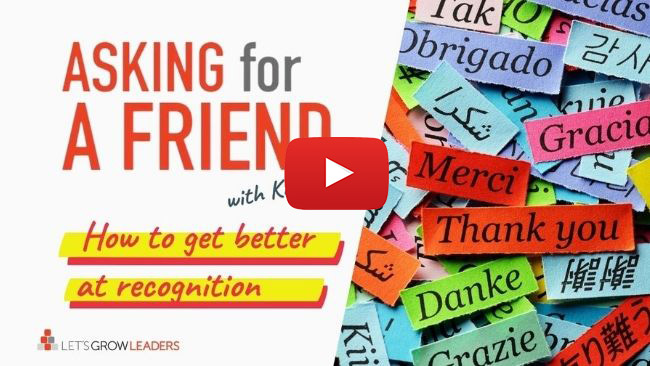 1. Change Your Frame: Learn the Science Beneath the ROI

Well done recognition does far more than make employees feel good and increase your employee engagement survey results. Because it draws an employee’s attention to their strengths and to what’s working, positive feedback actually helps them build new neural pathways that lead to higher functioning in that area.

According to brain science, people grow far more neurons and synaptic connections where they already have the most neurons and synaptic connections. In other words, each brain grows most where it’s already strongest. As Joseph LeDoux, a professor of neuroscience at New York University memorably described it, “Added connections are therefore more like new little buds on a branch rather than new branches.” Through this lens, learning looks a lot like building, little by little on the unique patterns that are already within you. Which means learning has to start by finding and understanding those patterns.” – Marcus Buckingham and Ashley Goodall, The Feedback Fallacy, Harvard Business Review 2019

When you can reframe recognition as a way to help your team get smarter, faster re-cognition, it’s easier to see the ROI and the effort may feel more vital.

Karin, did you just suggest I formalize informal recognition? Well, yes. I did.

If it doesn’t come naturally to you, your best bet to be great at recognition is to turn it into a task. For example, if you schedule a task on Thursday that you’re going to pick up the phone or walk into people’s offices and thank them for something specific, meaningful and timely, and you KNOW that task is coming up. You’re going to be more likely on the lookout for examples to complete that task.

Giving yourself a micro-goal can make all the difference. One way to do this is to put three pennies in your pocket. As you walk around during the day, every time you notice (and recognize) something positive that you want more of, you move the penny to the other pocket. At the end of the day is to have all the pennies moved over to the opposite pocket.

After you build the habit, what was once felt unnatural should come more naturally.

4. Ask Others to help

It’s likely that someone on your team carries this gene, so don’t be afraid to ask for help. Designate someone to help you think of ways to do creative recognition.

Or even more simply, ask your direct reports to let you know when they see something great going on, or to nominate a peer. This doesn’t have to be a big formal process or program. It can be as simple as saying, “I’d like to learn more about the great work and collaboration that is happening around here. I’d like each of you to drop me an email each week letting me know about one great thing that you’ve experienced.”

Then you have a nice list to choose from to reach out and say a quick “thank you” to the person they mentioned. Side benefit—your inbox will be filled with good news. Why wouldn’t you want more of that? 😉

What advice would you add for someone missing the “How to Be Great at Recognition” Gene? 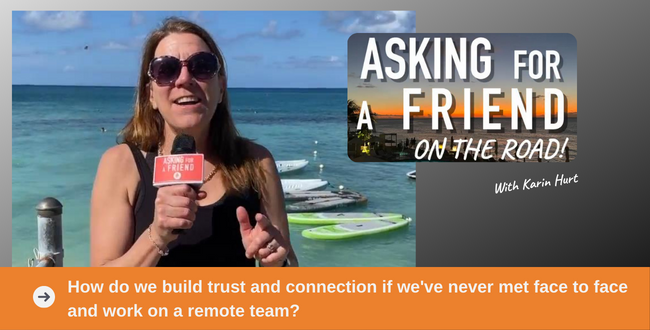 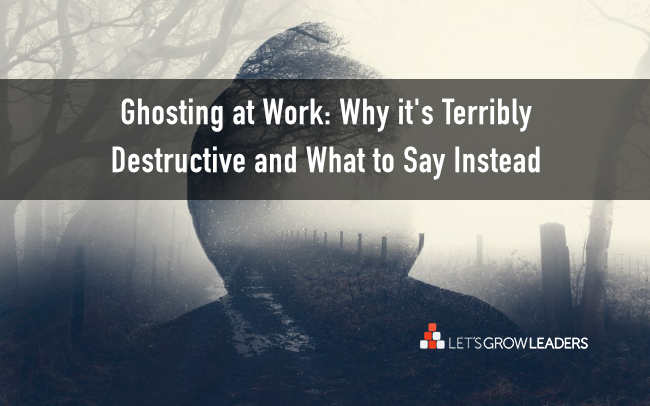