The Best Leadership Articles of 2022 (according to you)

The Best Leadership Articles of 2022 (according to you)

A Retrospective: Santa's Big Leadership and Culture Change Is there anyone more beloved than Santa Claus? Today, the North Pole is a paragon of...

Asking For a Friend FeaturedBy Karin Hurt and David Dye 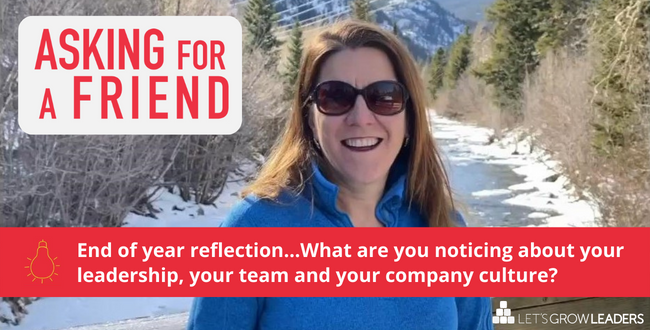 What are You Noticing? Insights and Observations as the Year Comes to an End

What are You Noticing? Insights and Observations as the Year Comes to an End

What we're noticing about leadership, teams, and company culture As the year draws to a close, I'm curious. What are YOU NOTICING? About...